On September 9, 1947, a team of Harvard scientists identified the first actual case of a bug being found in a computer. A moth had become stuck between the relays on the Harvard Mark II computer. The machine was “debugged”. One of the team’s members, U.S. Navy Officer Grace Hopper, taped the moth into the Mark II’s logbook, making the incident famous.

Hopper, who earned a mathematics doctorate from Yale University in 1934, was one of the first computer programmers. She invented the first English-language data-processing compiler, which laid the foundation for machine-independent programming languages like COBOL, which she helped develop. 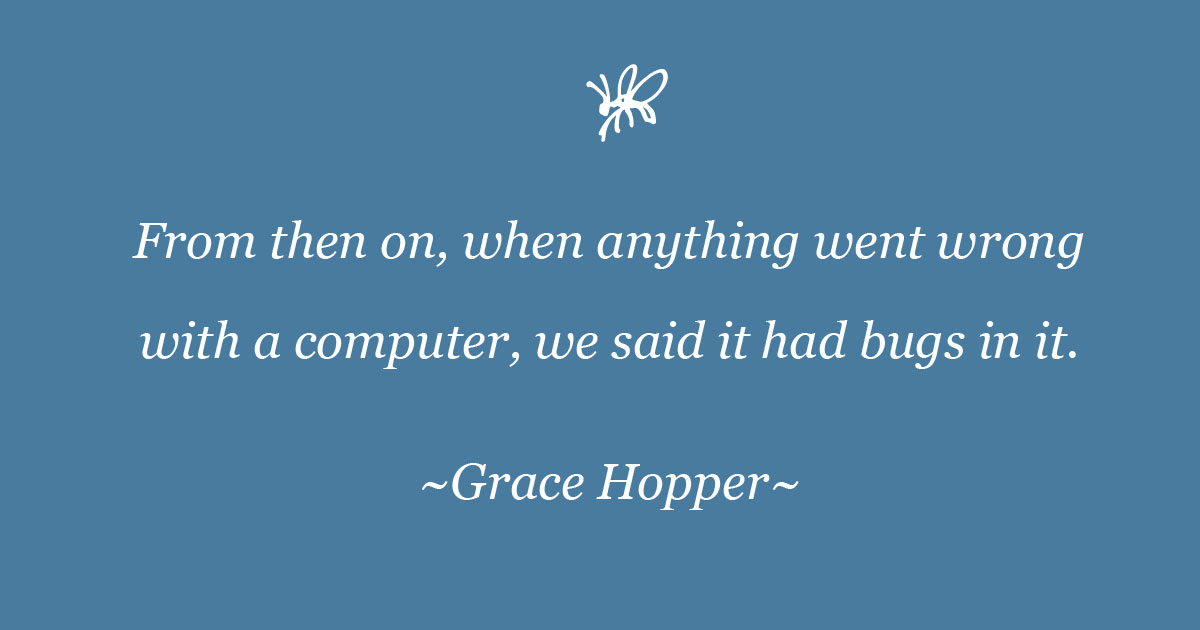